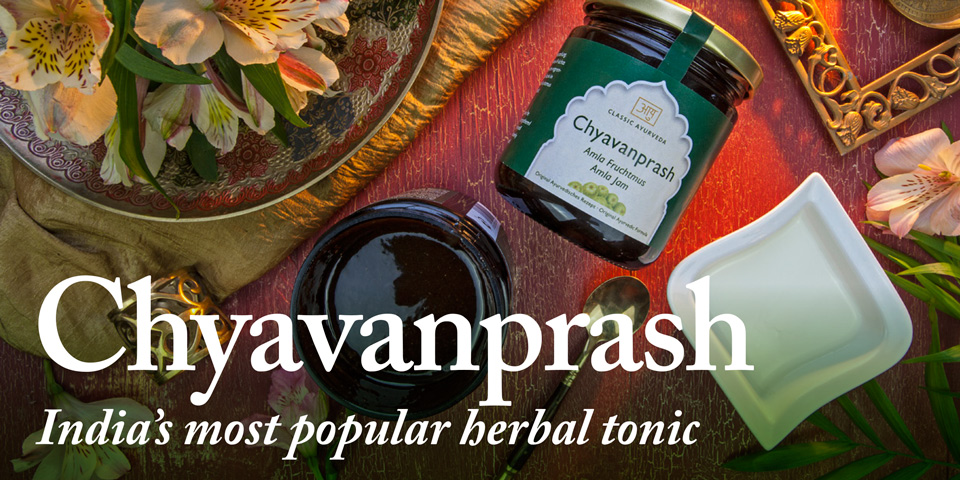 Chyavanprash, sometimes called “the elixir of life”, is the most popular Rasayana (health tonic) in India. In the ancient epic called the Mahabharata, is a fascinating story of the rejuvenation of the elderly Vedic seer, Chyavana and of the origins of Chyavanprash. 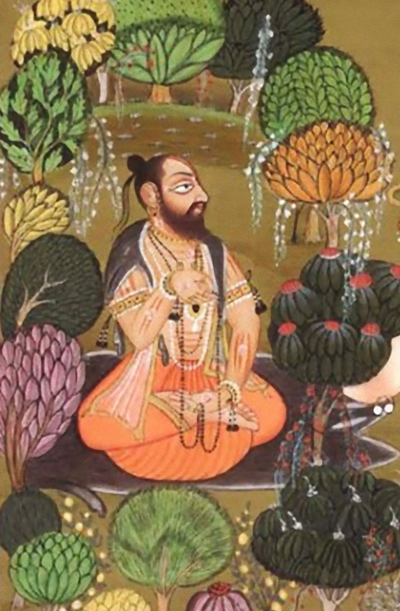 From birth Chyavana was said to be physically weak, but he had a strong spiritual drive that lead him to devote many years of his life to prolonged meditation practices. One such practice lasted so long that a mound of earth formed over him, on which ants crawled about. To all appearances, Chyavana appeared like an anthill.

King Saryati’s beautiful young daughter Sukanya, romping about the forest with her playmates discovered the anthill, in which only the two eyes of the ascetic were visible. To the girl, the eyes appeared like glow-worms. Out of curiosity she stuck the two shining things with a thorn and mistakenly blinded the ascetic.

For a long time the king sought the cause of this misfortune, and when he finally discovered the offence his daughter had committed, he immediately went to Chyavana to obtain his forgiveness.

Chyavana said that he would only become reconciled if the king gave him his daughter as a wife. So the young Saryati married this frail old man.

Test of a good wife

One day the two Aswins (twin physicians to the gods) saw the young wife as she stepped out of her morning bath in the lake. Even though she had become emaciated through her new life of hard work and deprivation, Saryati was still a remarkably beautiful woman.

Struck with her beauty, the twins tried to persuade Saryati to choose one of them as her husband, instead of the ugly old Chyavana. Saryati, however, vowed that she would remain faithful to her husband.

When the two physicians realised they could not change her resolve, they offered Saryati a boon for her faithfulness. She asked the twins to restore her husband’s youth. 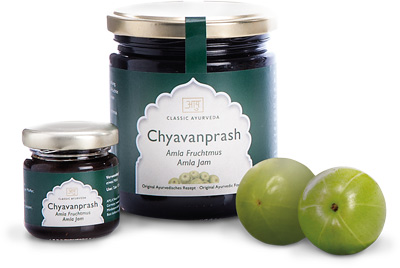 The twins first bathed the aged Chyavana in a pond, which they infused with specific herbs. Next, herbal pastes were applied to his body. Finally, they prepared the Rasayana now known as Chyavanprash for the rishi to ingest.

The result was that Chyavana gained a renewed, rejuvenated and vigorous body. Even his sight was restored.

Rasayanas start by working on Rasa

Rasa is the first Dhatu or tissue created from the food we eat. It is the pure nutrient juice that results from the first process of digestion. This original Rasa gets successively transformed into all our other body tissues. The power of Rasayanas lies in their ability to create superior Rasa and this has the knock-on effect of improving every resulting tissue and therefore every aspect of our body.

Numerous herbs and minerals are used in preparing Rasayanas formulas. Through their enlightened insight or “seership”, the great rishis of Ayurveda created highly detailed processes to release the intelligence inherent within those herbs and minerals.

These formulas, so full of lively intelligence, help to restore the intelligence within our cells and tissues. When intelligence is lively in our body, lack of intelligence, in the form of toxins or imbalances, finds it hard to maintain its hold, or get established in the first place.

Of Chyavanprash Rasayana, Charaka Samhita says it is especially good for supporting respiratory health; “it nourishes the weak, the wounded, the old, and those that are of tender years as well.” Through the use of this Rasayana “a person acquires intelligence, memory, comeliness of body, freedom from disease, longevity, strength of the senses, great pleasure in the companionship with women, great increase in the strength of the digestive fire, improvement of the complexion, and the restoration of wind to its normal course.” 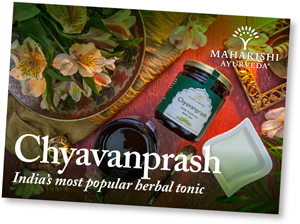 You can download a PDF of Chyavanprash: India’s most popular herbal tonic.

Download a PDF of Chyavanprash: India’s most popular herbal tonic. 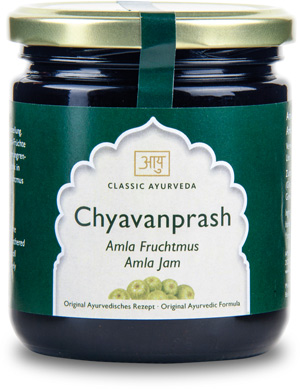