Peter Brown: So Dr Donn, I recently read an article in a health magazine, which talked about the wide range of benefits from oil pulling. The article also mentioned that oil pulling originated in Ayurveda. Could you describe to us what oil pulling is and what its benefits are both in Western medical terms and also in Ayurveda terms? 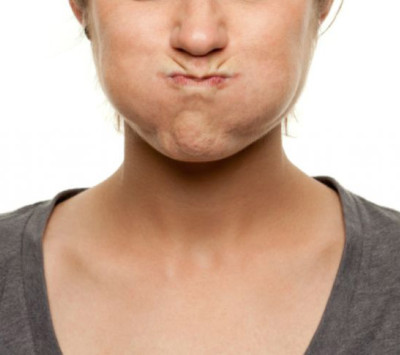 Dr Donn Brennan: Oil pulling is part of a process that was recommend to be done every morning as part of your daily routine and that is an oil massage. So the oil massage done daily included taking oil into the mouth, holding it, and after 10 minutes then gargling, rinsing the mouth, spitting it out.

So, what happened was as Ayurveda became popular in the West, Maharishi University in Iowa did research showing that in reality, oil held in the mouth in the morning left us with a lower bacterial count in the mouth throughout the day.

This research seems to have triggered an interest in the oil pulling in and of itself.

The sesame seed oil is taken into the mouth and held there. The old texts talk about taking in a lot of oil and hold it, even until tears came. It was considered to be very good as a tonic for the complexion and nourishing to all the tissues of the face.

As well as that, the sesame seed oil used in the process is anti-Kapha and anti-Vata (the head is a Kapha part of the body). The process helps us to remove the catarrh mucus from the head sinuses, the nostrils and back of the throat. It’s a cleansing for the morning.

Vata will be nourish by retaining oil in the mouth and bones and teeth are considered Vata tissues. When you hold oil in the month, it becomes absorbed by the tissues. After being absorbed it then nourishes the tissues of the mouth, strengthens the teeth and is a very good treatment for gingivitis. People with a tendency for eroding gums, will find this practice strengthens them.

It’s very good generally for oral hygiene, a very good tonic to the whole head area and cleansing at the same time. So very much to be recommended; a very healthy regime to include when you get up in the morning.

Peter Brown: Dome people describe oil pulling as sucking oil through the teeth and swirling around the mouth. Is that how it is recommend in Ayurveda?

Dr Donn Brennan: I think it’s the more oil that you can put in, the better and it saves sucking and swirling. But yes, at the end of the oil pulling, ensure that it’s rotated around the mouth fully. This is followed by a little gargle and then spitting it into the toilet.

Peter Brown: How long should it be done for?

Dr Donn Brennan: Ideally, 10 minutes. But if you really going to follow the old text, use as much oil for as long as possible, until the eyes water. I’ve never got that far with it myself, though.

Not only is cold-press organic sesame oil (til oil) considered the best oil for daily massage by Ayurveda, but the best for oil pulling, oil gargling and for general oral health.

Our sesame oil is ripened to a specific temperature to ensure that it has maximum penetrating properties.

The ancient Ayurvedic recommendation of tongue scraping is one that is often overlooked. Ama toxins and bacterial deposits build up on the tongue during the night. This is why Ayurveda makes tongue cleaning part of the morning oral hygiene routine. It only takes a few seconds and protects against bad breath and prevents toxins and micro-organisms from finding their way into the brain and the digestive system.

Ayurdent Tooth Paste uses traditional Ayurvedic herbs to help maintain a healthy mouth, teeth and gums. This natural and holistic formula cleanses deeply to rid your teeth and mouth of bacteria and toxins while supporting the health of the gums and helps prevent tooth decay. It is free of fluoride, foaming agents and gluten.

This Ayurvedic tooth powder corresponds to an ancient recipe recommended by Ayurveda for cleaning the teeth. It is made from a sophisticated blend of Ayurvedic herbs, which maintain healthy teeth and gums the natural way.

The Ayurdent range of oral health products are completely natural, contain no fluoride or chemical additives. They use the intelligence of nature to produce holistic oral health.

Using this mouthwash will ensure your mouth and throat are clean and fresh. This excellent powder with cardamom, cinnamon, peppermint and other pleasant-tasting herbs and spices freshens the breath and generates a good feeling in the mouth and throat. Rinse your mouth after eating or as needed during the day.