Turmeric, a spice widely used in Ayurveda, is the secret behind Sir Michael Caine’s razor-sharp memory, according to a recent report in The Mail on Sunday. The 80-year old double Oscar winner was reported telling US chatshow host Larry King, after a fundraising event for Alzheimers research, that taking turmeric tablets for 30 years has helped him avoid the memory problems associated with old age. “I have a memory like a computer. I remember everything,” he said.

The newspaper added that turmeric has long been used as a brain-and-health-enhancing supplement, and that its active ingredient, curcumin, is known to have anti-inflammatory properties.

Indeed it does. Strengthening your defences is what turmeric is all about. Michael Caine first rose to stardom through his role in Zulu, the stirring 1964 movie of how a small contingent of the South Wales Borderers regiment held off repeated massed attacks by a much larger force of Zulu tribesmen at Rorkes Drift in 1879 (the Zulus had just wiped out a sizeable British army at Isandlwana; but guess which side made the movie).

Well, turmeric is the Rorkes Drift of the herb kingdom. A small amount of it will go a long way towards strengthening your defences.

European legislation on herbal medicines prevents me from drawing too close a parallel between turmeric and Zulu, but let’s just say that if your immune system was made into a movie, and you wanted your lymphocytes played by Michael Caine, then taking turmeric would be a very good start. 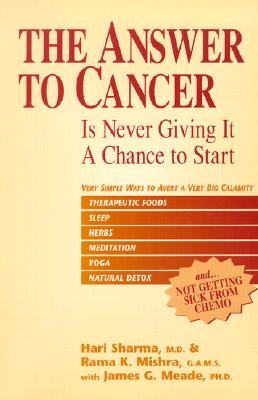 Modern science, as quoted in The Answer to Cancer by Hari Sharma MD et al, has found that curcumin: 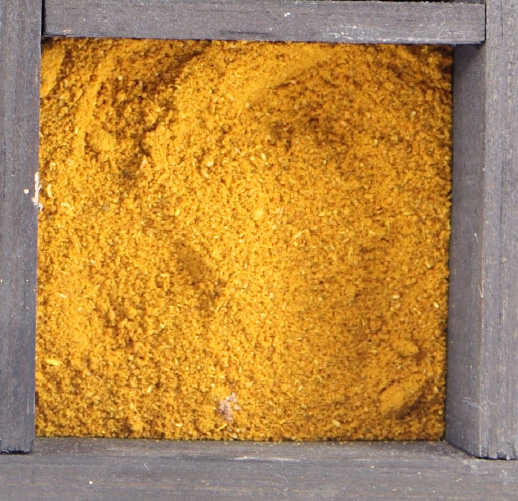 The best way to take turmeric

How much turmeric should I take?

You can sprinkle turmeric on vegetables cooking or steaming; or you can saute a little turmeric in olive oil or ghee, and pour on your food (best to do both, as some of turmeric’s beneficial nutrients are fat soluble, and some are water soluble). And don’t take too much, which could be harmful. About half a teaspoon per meal is fine.

Add to food at table; alternatively, dry roast or saute in ghee and add during cooking

Ayurveda recommends taking turmeric as the complete herb, not as an extract. Too much of the extract can overburden the liver, and also, “turmeric is more than just the curcumin that scientists identify as its enhancing ingredient,” says Sharma. “Stripping away its accompanying ingredients is like cutting Samson’s hair. The herb loses power. As Newmark and Schulick point out, ‘a highly isolated turmeric extract standardized only to curcumin would miss the recognized cancer-preventative and anti-inflammatory properties present in the whole plant.’”

This is one of the greatest stengths of Ayurveda, that it has thousands of years experience with combining herbs to produce the optimum effect, each ingredient bringing out the best of others in multiple combinations of extraordinary power.

In Maharishi Ayurveda preparations, made according to meticulous traditional formulas, turmeric is a main ingredient in a wide range of preparations including:

But being the headline star is only part of the finished effect, as Sir Michael Caine would be the first to agree.

Zulu made his name, but also featured Stanley Baker, Jack Hawkins, Ulla Jacobsson, James Booth, and, as they say, a cast of thousands; or at least, hundreds (money was a bit tight). Then there were the cameramen, the stuntmen, those in charge of costumes, continuity, lighting, the Producer, the Director; the distributors; even,at point of sale, the popcorn sellers, the projectionists, the ticket sellers. All played a role.

Likewise with an Ayurvedic preparation. Dozens, sometimes hundreds, of steps need to be taken before the optimum effect is achieved. The right herbs, growing in the right environment, need to be picked at the right stage in their growing cycle, and prepared and combined in the right sequence, at the right time. In this way, the best qualities of the main ingredients are subtly supported and enhanced by the supporting roles of a host of other herbs.

Like a good casting director choosing every single actor at the top of their game, right down to the most seemingly insignificant role, so an Ayurvedic herbal specialist will choose just those herbs which will work together perfectly to produce the desired effect.

The Ayurvedic superstar herbs – turmeric, amla, haritaki, aswagandha, bibhitaki, and others – may top the ingredients list in many preparations, but other, lesser known players are doing their bit – aloeweed, white sandalwood, red coral, saffron, heart-leaved moonseed; maybe not A-listers, but character actors whose every nuance has become known over the centuries. 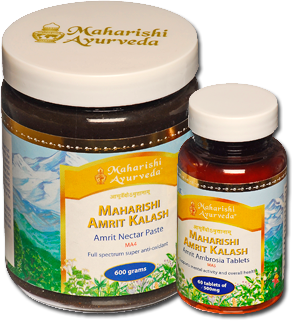 Turmeric features in the biggest Ayurvedic blockbuster of all – Amrit Kalash. A showcase of all the top Ayurvedic stars and a full supporting cast with a total 38 whole herbs and fruits, Amrit Kalash is designed to nourish every level of mind and body. Its ingredients contain the anti-oxident power of polyphenols, Vitamin C, Beta Carotene, Tannic acid, bioflavanoids, Vitamin E, Catechin, and resveratrol; all working together in a performance worthy of Sir Michael Caine himself.

Not a lot of people know that.