Take care what you drink, breathe and eat

Take care what you drink, breathe and eat 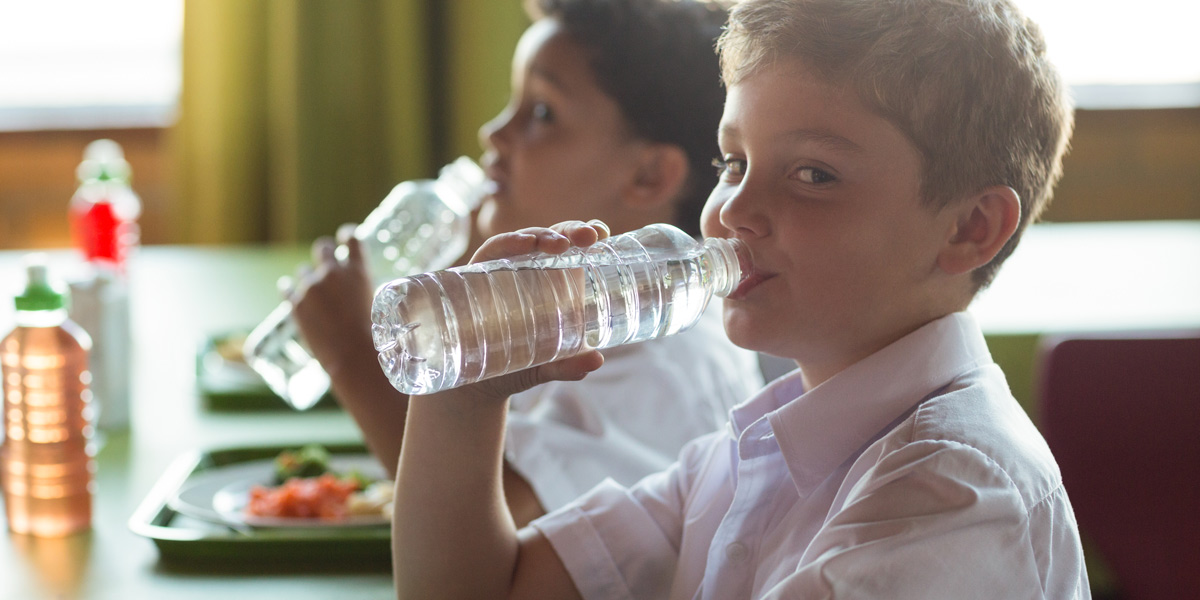 We are told to drink plenty of water each day as it’s good for our brains and for the rest of the body. We are told to drink filtered or bottled water as the chlorine added to mains water to kill bacteria is bad for us. Now we are told that the plastic used in water filters and bottled water contains endocrine disruptive chemicals (ECDs) that damage our hormone system and can result in a number of health problems. 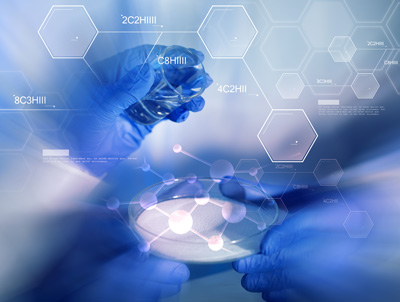 Is this all just a bit obsessive? Do we really have to worry about our health to this extent? Isn’t this ‘worrying’ itself rather unhealthy?

The trouble is that we live in a world where thousands of industries have been obsessively creating so many novel chemicals that regulators can’t hope to keep pace. And many of these chemicals end up within our bodies through the acts of breathing, drinking and eating.

In the USA alone it is estimated that there are over 80,000 chemicals currently in use and most have never been adequately tested for their effects on human health.

Governments can sometimes seem more concerned about supporting domestic chemical industries than supporting the health of its citizens, so perhaps we are justified in becoming unapologetically obsessive in order to stay healthy.

If you go back to the late nineteenth and early twentieth centuries, pollution in cities such as London and Manchester was obvious. Just as in Delhi and Beijing today, there would be a chemical smog over many UK cities, mostly due to industrial and domestic coal burning. These days the air in UK cities looks much cleaner, but although the number of potentially dangerous chemicals we encounter every day are less visible, they are far more numerous. 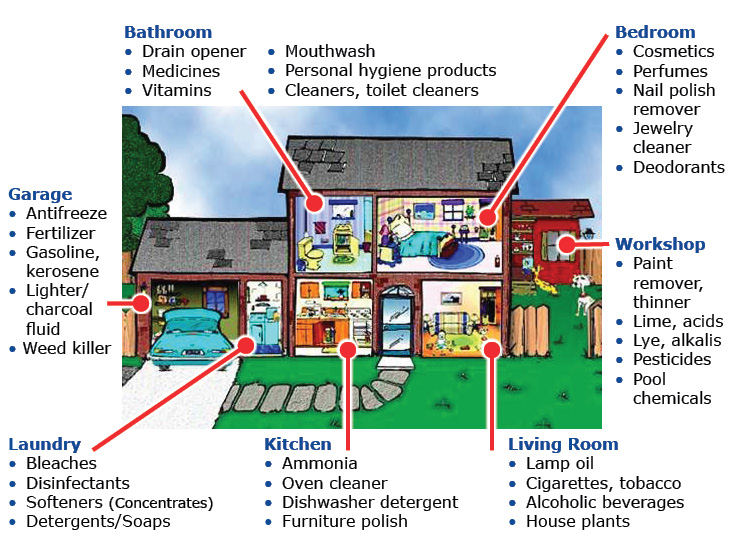 Is you home slowly poisoning you?

It is thought that indoor chemical pollution is now a far greater health threat than the outdoor variety.

The cosmetics you put on your skin, the clothes and bedding you buy, the various cleaners and air fresheners you use, the paint you put on your walls and even the materials used to build your house, often release numerous potentially harmful chemicals into the home environment. Chemicals such as phthalates and volatile organic compounds (VOCs), formaldehyde, perfluorinated compounds (PFCs), perchloroethylene (PCE), polybrominated diphenyl ethers (PBDEs), chlorine and ammonia are found in most homes1.

Go into any sofa, carpet or bed shop and the smell of anti-fungal, anti-bacteria and flame-retardant chemicals (and the artificial aromas used to cover these smells) is overwhelming and to sensitive people often debilitating. Many of these chemicals act as endocrine disruptors within your body. 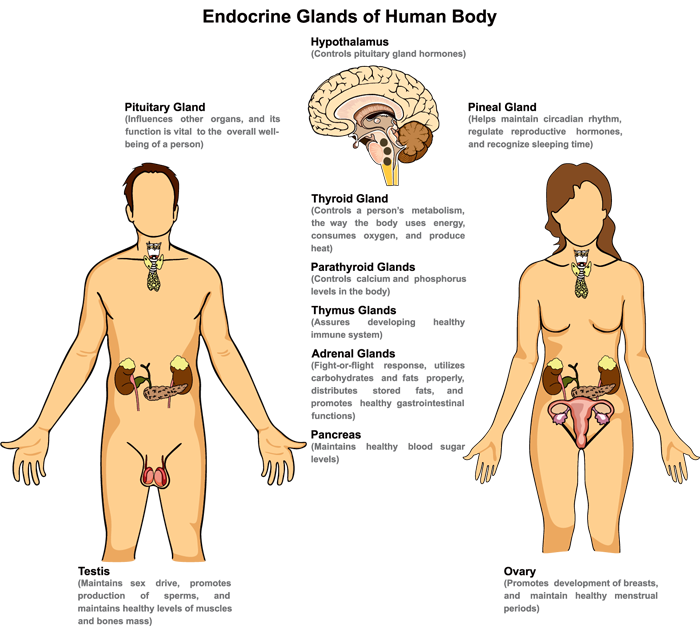 How do endocrine disruptors disrupt your body?

Endocrine disrupting chemicals can block your body’s hormonal signals. They can interfere with how your hormones and receptors are made and controlled.2  They can also alter your hormone levels and change the way such hormones travel through your body.

According to the Natural Resources Defense Council (NRDC):3

“The endocrine system is a complex network of glands and hormones that regulates many of the body’s functions, including growth, development and maturation, as well as the way various organs operate.

“The endocrine glands – including the pituitary, thyroid, adrenal, thymus, pancreas, ovaries, and testes – release carefully-measured amounts of hormones into the bloodstream that act as natural chemical messengers, traveling to different parts of the body in order to control and adjust many life functions.”

As you might expect, when these precise systems are altered unexpected things can happen in your body, yet this ‘hormonal alteration’ can occur on a daily basis when you use everyday household products.

What makes endocrine disruptors such a danger to human health is their ubiquitous nature and that most of us are exposed to hundreds of such chemicals every day.

How to avoid endocrine disruptors (ECDs)

According to Ayurveda any substance becomes toxic if given in the wrong dose. This gives us a clue as to how to stay healthy – minimise your exposure to potentially toxic chemicals:.

Can I remove ECDs and other toxic chemicals from my body? 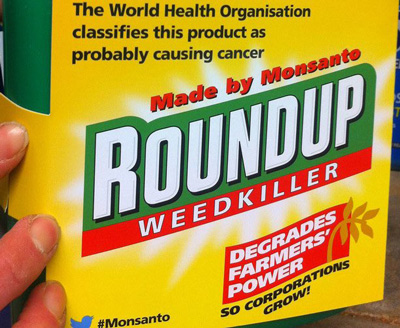 Glyphosate, the most widely used herbicide in the world, is a potential endocrine disruptor (based on ‘in-vitro’ test tube studies)5 and has been cited as a ‘probable human carcinogen’ by the World Health Organisation’s cancer agency6. A testing project started in 2015 has found glyphosate present in the urine of 93% of every American. They even found glyphosate within those who eat organic and try to live a natural lifestyle.

Although it’s getting harder to avoid toxic contamination, your body is designed to remove such toxins.

Toxins are of two kinds: water-soluble and fat-soluble. Water-soluble toxins include substances, such as cyanides, perchlorates, ricin and nicotine. They are relatively easy for your body to flush out through the blood and kidneys and drinking filtered water can help in this process. Fat-soluble toxins are more of a challenge.

Fat-soluble toxins include heavy metals, pesticides, preservatives, food additives, pollutants, plastics and other environmental chemicals. Your body must first make these substances water-soluble so that it can fully eliminate them and this conversion process is mostly carried out by the liver.

The liver is designed to help your body eliminate toxins, even the fat-soluble type. Yet these days there are so many ingested chemicals for the liver to cope with, that it can get overwhelmed. The result is fat-soluble toxins can find their way from the liver into the bloodstream and from there into the fat cells, and even into the brain. They can also bypass the liver altogether and end up in other organs and tissues.

Fat-soluble toxins can be stored in fat and brain tissues for years and can eventually lead to numerous health problems. 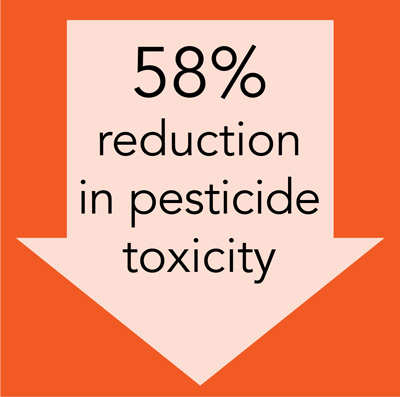 Thousands of years ago, Ayurveda discovered that accumulated toxins can be removed through specific detoxification procedures collectively called Panchakarma.

In recent years Robert Herron, Ph.D. and John Fagan, Ph.D. conducted a two-month study7 on 15 people using these ancient procedures. This included five days of Panchakarma therapy, along with a special purification diet before and after the therapy.

Although this was a small study, the results were impressive and significant. Compared to before treatment, blood levels of the PCBs were reduced by 46% and Beta-HCH by 58%. Without this detoxification programme, the expected drop in these highly toxic substances would have been a fraction of 1%.

Normally, fat-soluble endocrine disrupting toxins remain in the body for many years and no previous method has ever been found to reduce their levels without causing negative side effects. What is striking is that in just 5 days of Panchakarma treatment, 50% or more of these modern-day chemical pollutants can be removed from the body with only positive outcomes.

Most of the chemicals linked to cancer and other serious disorders are fat-soluble, these include PCBs, PBDEs and pesticides such as glyphosate. Saunas, steam baths and aerobic exercise can significantly reduce water-soluble toxins. So can drinking large amounts of water.

The removal of fat-soluble toxins, that the body stores in fat tissue to protect its vital organs, needs a different strategy. 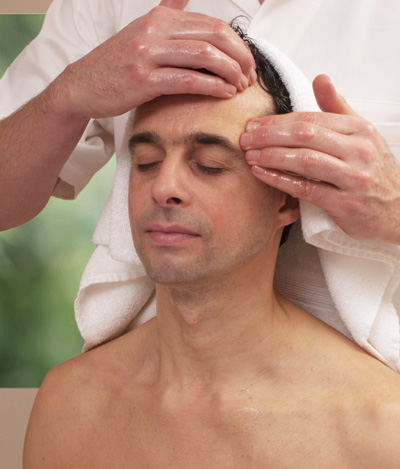 Panchakarma therapy can remove both water- and fat-soluble toxins but it is particularly renowned for dealing with the difficult-to-eliminate fat-soluble type.

Panchakarma uses a variety of fat-dissolving substances such as ghee, which is used in the initial part of the purification diet. It also uses herbalised sesame oil, which is applied through massage and oil bath treatments.

The ancient Ayurvedic texts describe how the application of oil, followed by other purification methods, sequentially softens, loosens and then mobilises these lipid-soluble toxins from the cells and tissues where they have been lodged.

Panchakarma therapy works closely with the body’s own purification system to encourage and facilitate the elimination of these deep-seated toxins.

Are there any side effects?

It is important to take great care when performing any type of detoxification as it is possible to harm yourself if done the wrong way.

To protect its own vital organs, your body stores potentially dangerous chemicals, which it cannot immediately remove, within fat tissue. Any procedure that releases toxins from fat tissues must also be able to safely eliminate these chemicals without them causing problems.

Some people fast for extended periods to detox or go on low-fat diets to reduce weight. However, as fat tissue is reduced, any fat-soluble toxins stored in that tissue will be releasing into the blood stream, which can then go on to damage various body organs.

The distinct and precise steps – evolved over thousands of years and used in Maharishi Panchakarma therapy – are applied in such a way as to remove toxins safely. This is why, at least in the UK, no harmful side effects have ever been reported in over three decades of use of this detoxification treatment, while health benefits are commonly reported.

Book your consultation for Panchakarma therapy on 01695 735351 or info@maharishi.co.uk.

* Alphabeds offers non-toxic mattresses, as do The Natural Bed Company. Non-toxic sheets, clothing and other products are available from Greenfibres.

For more about Maharishi AyurVeda Beverages and other Products:
01695 51015, map@maharishi.co.uk