Out of the thousands or herbs and herbal preparations in Ayurvedic pharmacopeia there are some that have gained fame and popularity. Let’s have a look at six of Ayurveda’s most popular herbals. 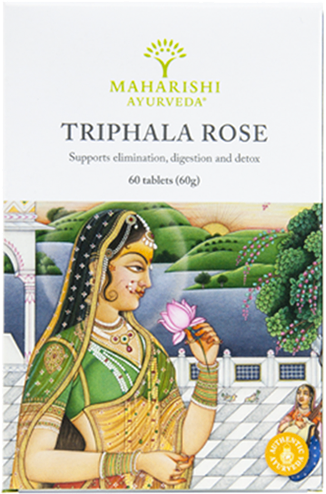 The world’s biggest selling Ayurvedic herbal is Triphala. Triphala is known as a bowel tonic and its supports digestion and regular bowel movements.

Three fruits are combined in Triphala to create a synergistic effect that helps bolster many other parts of your body, including the GI tract and the respiratory, cardiovascular, reproductive, urinary, and nervous systems.1

Triphala has also been shown to be a powerful antioxidant, protecting cells from the damaging effects of free radicals.2, 3

The three fruits used in the making of Triphala, are each know by Ayurveda to be potent in their own right.1

When these three fruits are combined together as Triphala, they form a very powerful Rasayana. In Ayurveda, Rasayanas are considered the most highly refined and potent herbal and fruit combinations. They are said to promote Ojas, the giver of long life and rejuvenation.

Triphala Rose is Maharishi AyurVeda’s formulation of this ancient herbal, where Cabbage Rose is added to supports the synergy of the other ingredients and promote their effectiveness. 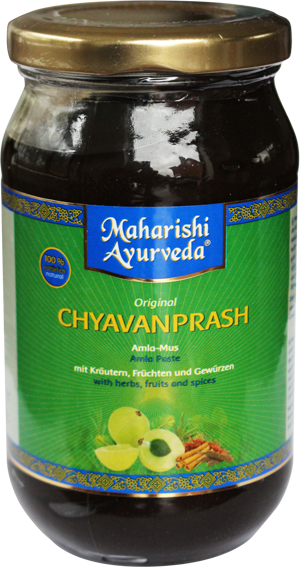 Because of its revered restorative powers, millions of teaspoons of Chyavanprash are consumed each day. Referred to as “the elixir of life”, this is the most popular Rasayana (health tonic) in India. It supports lung health, the respiratory system and the immune system. It is considered a rejuvenating tonic to promote overall well-being.

Maharishi AyurVeda Chyavanprash is manufactured according to original recipe from the classical Ayurvedic texts. It contains the best quality honey, only fully ripened Amalaki fruit, the precious bamboo product Vanshlochan and a large number of high quality natural herbs, fruits, roots and spices, such as shatavari, ashwagandha, chandan, cardamom and pipalli. The ingredients are very carefully harvested in the Himalayan regions and in other parts of India.

One of the main ingredients of this ancient marvel is the fruit of the Amalaki tree. Amalaki balances all three doshas and contains high levels of Vitamin C. It includes five of the six flavours (sweet, sour, pungent, bitter and astringent). The ancient Ayurvedic texts consider Amalaki to be one of the most highly valued and important Rasayanas because of its rare combination of positive properties. Amalaki is described as being a ‘divine healing plant’.

Other major ingredients of Maharishi AyurVeda Chyavanprash include: 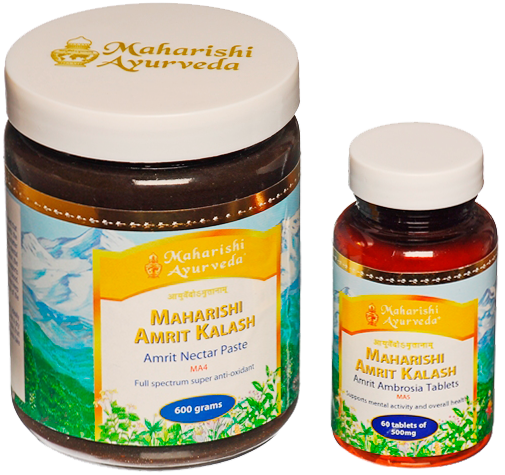 In the 1980’s, when Maharishi Mahesh Yogi started looking into Ayurveda, he asked leading experts of Ayurveda to provide a herbal product with the potential to enliven the most fundamental value of the body’s intelligence. When the intelligence at the basis of our body becomes lively, all the specific values of this intelligence responsible for maintaining good health, within our cells, tissues, organs and body-systems, are nourished from the finest level.

MAK Ambrosia Tablets (MA5) is an Ayurvedic formula of 13 herbs that supports the health of mind, brain, and nerves. It increases vitality and inner strength and is a powerful antioxidant — research has indicated that it is can be up to 1,000 times more effective than vitamins C and E4.

MAK Nectar Paste (MA4) enhances the coordination between mental and physical functions. It supports balance between the heart and the brain and is a potent antioxidant. MAK Nectar Tablets (MA7) is a non-sugar alternative.

Ashwagandha is considered one of the world’s great ‘superfoods’. Sometimes translated as ‘strength of a stallion’, Ashwagandha is a highly revered herb in Ayurveda and is found in many of its formulas. Called the ‘Indian ginseng,’ Ashwagandha is a tonic that supports resistance to stress, particularly within the brain and nervous system.

In the West, our tendency is to take such superfoods in isolation, but in Ayurveda they are almost always combined with other herbs. Ashwagandha has become famous because it has many diverse health-promoting properties. When Ashwagandha is combined with one set of herbs it will have a specific health effect; when combined with others, the health effects may be quite different. Each of these traditional Ayurvedic formulations are designed to promote different aspects of the herb’s healing intelligence. 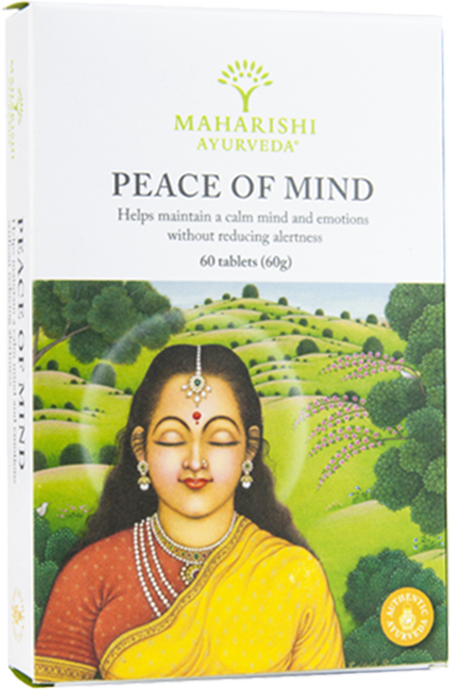 Many of the Maharishi AyurVeda herbals contain Ashwagandha, including:

To be most effective throughout the day, good resistance to stress is vital. Peace of Mind tablets help you maintain a calmer response to stressful situations. It nourishes your mind-body connection and assist in all your mental activities: creativity, perception, energy, consciousness, self-realisation. It also enhances all three aspects of memory – acquisition (dhi), retention (dhriti) and recall (smriti).

Fertility Plus for Men has Ashwaghanada as one of its main ingredients. The preparation is designed to maintain fertility and vigour in men.

This revitalising formula supports greater strength, energy and stamina and includes Ashwagandha, Shatavari, Black Musale, and Liquorice. It promotes the effective absorption of nutrients, which supports more efficient energy production in your cells.

Vital Man balances all the three Doshas (Vata, Pitta and Kapha), builds vigour and stamina in a holistic way, and helps in general well-being and resistance to stress.

Other Maharishi AyurVeda herbals that include Ashwagandha include:

Shatavari is mentioned as a Rasayana or rejuvenative in many Ayurvedic texts and it is regarded as one of the six most important Rasayanas in Ayurveda.

One translation of Shatavari is ‘the one which cures a countless number of diseases’. It is also classified as Shatvirya, which means, it gives a hundred times more potency than other herbs, especially in the strengthening of Shukra Dhatu or reproductive tissue.

From ancient times, Ayurveda has used Shatavari as a reproductive tonic for men and women, and it is seen as useful at every stage of a woman’s life.

Shatavari’s roots are traditionally used during menstruation as it helps relieve abdominal cramps. It supports fertility and ovulation. It supports uterine strength and helps with post pregnancy lactation. The herb is recommended in cases of hot flashes and irritability during menopause. It helps women easily transit through all the natural phases of life.

Shatavari has been given the term ‘Balaya’, as it provides strength to the body, due it’s unctuous nature.

Maharishi AyurVeda herbals that include Shatavari