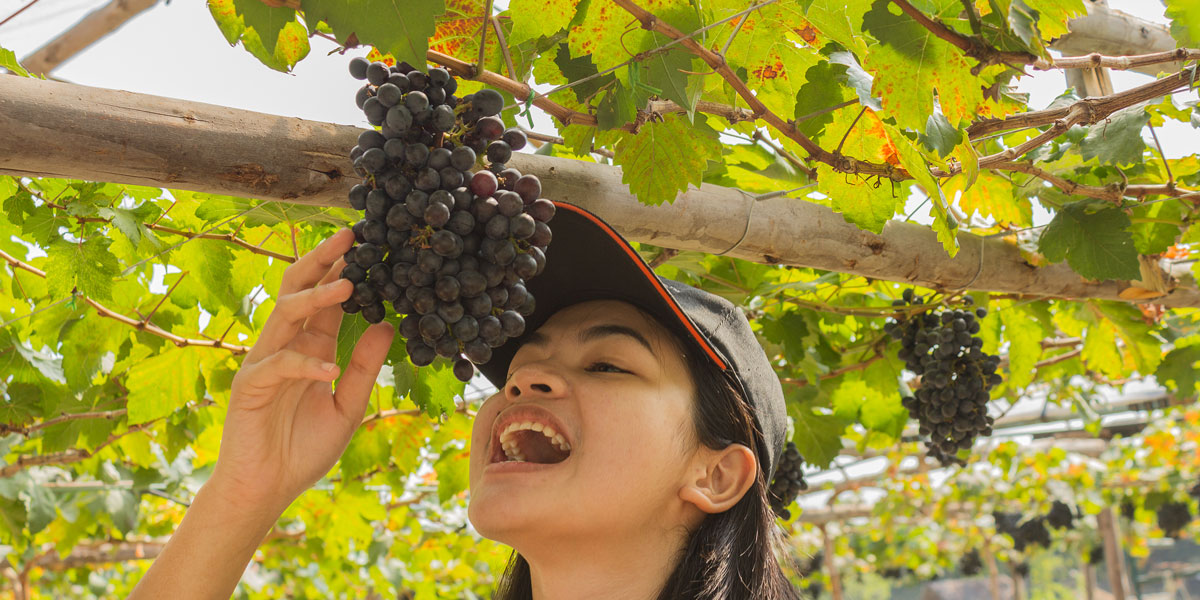 On my recent visit to the Aatma Ayurveda Centre in Kerala, run by Vaidya (Dr) Ravi Mooss, the cooks supplied us with what were probably the most delicious grapes I have ever tasted. They were so intensely succulent and tasty that I wanted more and more. Fortunately, for the sake of my belly, they had one flaw – they came with pips, and that slowed down the gorging process.

When someone jokingly suggested to Vaidya Mooss that his clinic should buy a seedless variety, he quoted a saying from his father, who is also a Vaidya: “Seedless grapes create seedless people.” He pointed out that these days we breed plants and animals for our own sake and not for the benefit of the plant or animal concerned.

Seedless grapes have been developed over many years by plant breeders, who have selected for grapes that have a genetic defect, resulting in tiny and infertile seeds. They then continue to clone that plant through grafting. This has two advantages for the grower: all the grape plants will be predictable in taste, size and colour, and they will be seedless.

Vaidya Mooss said, this quality of infertility would influence those who eat seedless grapes. This idea is unproven by Western science, but makes a kind of intuitive sense. It would be relatively easy, however, to design an experiment that would either support or refute it.

For the last 20 years, an increasing percentage of the corn crop in the USA has been genetically modified to contain an insecticide (so-called Bt corn). Insects that feed on the corn are killed. In Ayurveda, insecticides and medicines used for killing intestinal worms are generally thought to have a harmful effect on the sperm and ovum of humans and animals. It is interesting that the fertility rate in the USA, where most GM crops are grown and eaten, has fallen to a record low. Is there a causal link between the growing problem of infertility and the rise of GM insecticidal corn? No one knows; the studies have not been done.

Breeding for our own benefit

Whether or not we find the infertility idea plausible, the underlying message from Dr Mooss is undeniable. We humans breed plants and animals for the convenience of the food and agriculture industries, not for the benefit of the plant or animal, nor for the health of the consumer.

The huge range of dogs we have selectively bred, from the tiny Chihuahua to the Great Dane, come from a few varieties of wild ancestors, such as wolves. Yet such breeding can create many inherent weaknesses and illnesses in such dogs. For example, Labradors are prone to tumours and Alsatians tend to suffer hip problems. (It is interesting that the problems in these two varieties did not appear when they were bred for working purposes, only when they started to be breed according to show standards.)

It’s a similar story with crop plants. It is often argued that modern varieties of wheat have been created more for the benefit of the bread industry, and not to enhance human health. The new varieties contain lower levels of beneficial minerals than older ones. Also, many people who have problems digesting wheat products have less of a problem with older varieties.

Seeded grapes are getting hard to find these days, but I’m going to always look out for them. Not that I want to start a family – I’m far too old for all that – but, as Vaidya Mooss said, it is always best to choose foods that are as close to nature as possible. And for me that means grapes, and all other foodstuffs, that have maximum vitality and fecundity.