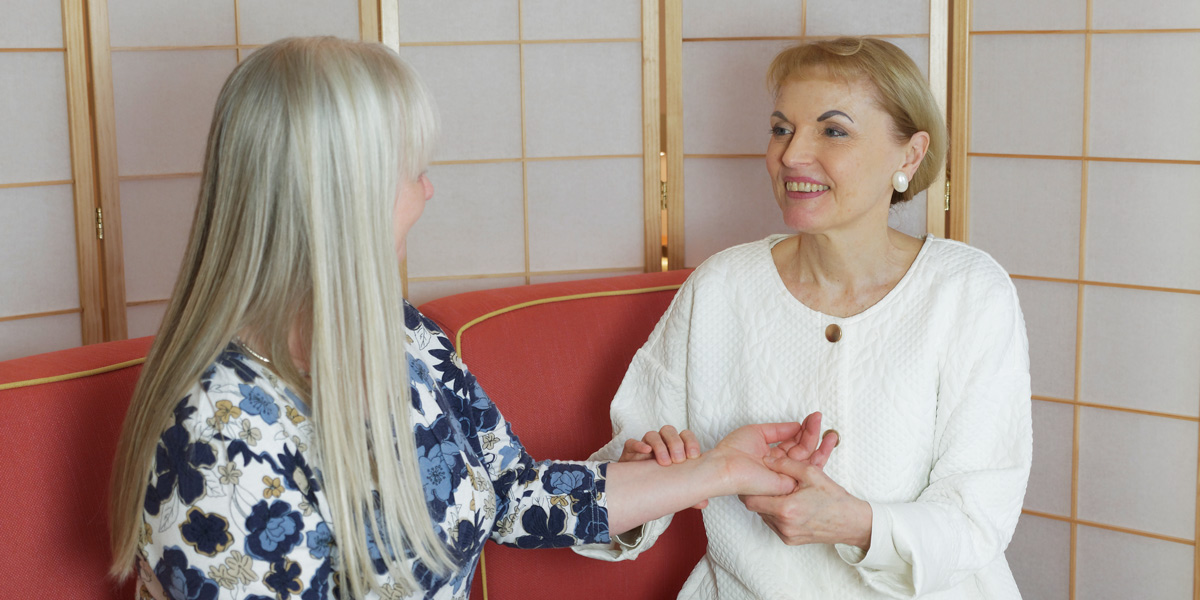 If you’re looking for a prescription for stress-free living Dr Charlotte Bech may just be able to help.

The Danish doctor, surgeon and expert on natural medicine says that using simple procedures, such as the right light, diet, oils, spices, mental and emotional training, yoga and meditation, make it possible to achieve, despite the demands of our frenetic, modern lives.

In the next few days, as National Stress Awareness Month draws to a close, she will be travelling from Copenhagen to give a series of free talks on the subject.

Here, she explains more about the effects of stress, why we are so badly affected and what we can do about it.

How big a factor is stress in mental and physical ill health?

Stress is probably the biggest factor regarding causes of diseases of both physical and mental types. And the amount of stress is increasing, both mental, emotional, social and physical stress, due to modern life.

Chronic stress, we know from research, may cause disease, either because of changes in the physiology, such as a higher heart rate, higher breath rate, higher blood pressure, unstable blood sugar, increased arousal causing insomnia, or because of negative behaviours, such as overeating, smoking and other bad habits people are using to cope with stress.

Job strain — high demands coupled with low influence (about decisions and control over work.) — is associated with increased risk of coronary disease, for example. Other forms of chronic stress, such as depression and low levels of social support, have also been implicated in increased cardiovascular risk.

Once a patient is sick, stress can also make it harder to recover. One analysis of past studies, for instance, suggests that cardiac patients with so-called “Type D” personalities — characterized by chronic distress — face higher risks of bad outcomes.

Are we more ‘stressed’ than previous generations?

Yes, it seems that we are more stressed now than previously. However, past generations had to live with stress from financial difficulties, wars, famines, lack of education and so on. In the national Stress in America survey, 35% of adults reported feeling more stress. So-called “Millennials,” defined here as American adults ages 18 to 34, reported higher stress levels than their parents’ and grandparents’ generations, and more Millennials said that their stress level had increased in the last year. And 52% of this age group even said stress had kept them up at night.

Is it really possible for us to gain ‘freedom from stress’?

In my lectures I will be giving the seven natural strategies for managing stress. These are all chemical-free and enjoyable strategies. Many studies have demonstrated the positive effect of these seven strategies. The seven strategies are: nature and garden therapy, light therapy, sound therapy, herbal therapy, oil massage therapy, aroma therapy and meditation.

What is the single most important thing people can do to limit stress?

The most important advice is to practise Transcendental Meditation (TM), which is probably the most effective method against stress as it is time-tested, is the most extensively researched and most widely-practised and is the simplest and most natural procedure for meditation. Studies have shown a reduction in stress, reduced stress hormones, such as lactate and cortisol, during the practice of Transcendental Meditation. This meditation is effective even in the most extreme cases of stress, such as Post Traumatic Stress Disorder.

I practise Transcendental Meditation myself and find it highly effective. In just a few minutes, this technique activates the parasympathetic nervous system and transforms the physiology to a settled and stress-free state.

She will also be holding a seminar entitled Ayurveda for Women’s Health and Beauty at the Maharishi Peace Palace, Gardenia Close, Rendlesham, IP12 2GX on Wednesday 9 May at 10am. Tickets for this cost £25.

There will be opportunities to learn TM in Colchester during the weekends of May 12 and 19. Go to www.uk.tm.org to find out more.

Almost 40% of Brits feel stressed for at least a full day a week and 85% worry regularly about something, according to a survey by digital healthcare company Forth.

The most common cause of stress among the 2,000 people surveyed was money, followed by work, health, lack of sleep and pressure of household chores. Women were more likely than men to be affected but the hardest hit of all were students, struggling with stress for more than 12 days a month on average.

More than a third of people surveyed admitted they were too stressed throughout their day-to-day lives and many were worried about the impact on their health. With good reason, say the experts at Forth – the stress hormone cortisol can cause fatigue. Stress can also exacerbate heart problems, respiratory conditions, digestive issues and can even cause ongoing muscle tension which can make injury more likely. It can also lead to anxiety and depression.

Regionally, the survey found that health problems are what worry East Anglians most and our preferred coping mechanism is watching TV. Other popular stress relief methods included exercise, listening to music and walking.

All your Ayurveda questions answered

Chance to ask an Ayurvedic health expert anything you like. Acts as a group consultation.