Can hunger increase your brain power?

Can hunger increase your brain power? 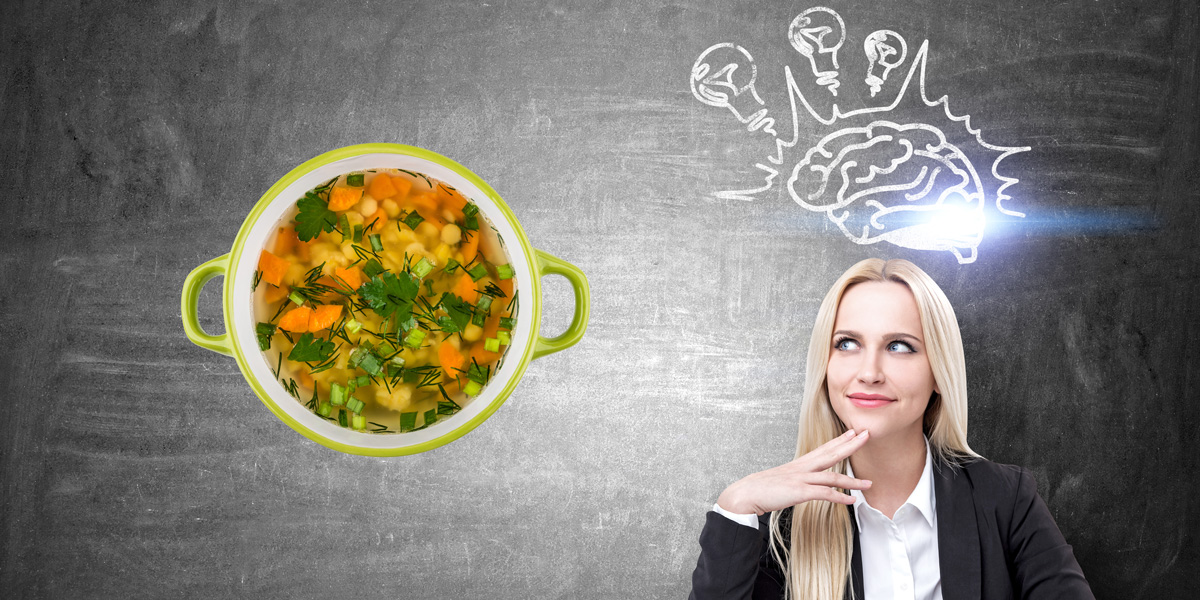 When was the last time you felt hunger so deep that you could eat the proverbial horse? Well, research suggests that the regular experience of hunger may boost the power of your brain. 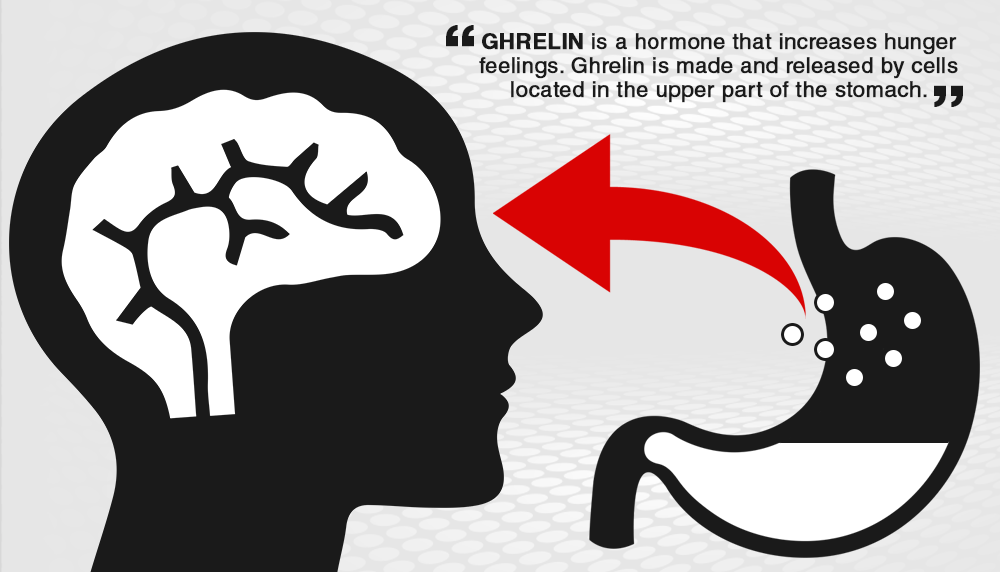 It seems that hunger produces a stomach hormone called ghrelin that not only stimulates appetite but also seems to promote the growth of new brain cells; it even protects those cells from the effects of ageing. Fasting can often result in greater mental clarity and this may be the reason why.

Studies indicate that this ‘hunger hormone’ – produced a few hours after eating, when the stomach is empty – can enhance cognition. It is already known that animals on calorie-reduced diets have a longer life expectancy but now it seems that improved performance in both learning and memory can also result, due to increased ghrelin production. Ghrelin may also boost the number of neural connections in the brain.

At Swansea University, Jeffrey Davies and his team conducted a study where they added the hormone to mouse brain cells grown in a dish and found that it switched on a gene known to trigger neurogenesis, called fibroblast growth factor. Neurogenesis is the process whereby brain cells divide and multiply, so the researchers seemed to have found evidence that ghrelin can stimulate new brain cell growth, at least in test tube (in vitro) experiments*. 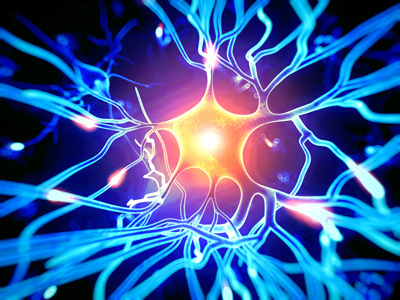 Freshly created brain cells are more excitable and more likely to be activated by new situations and environments – so they are thought to enhance our ability to form new memories. “These neurons will fire more easily than old neurons, and they set in play a new memory,” according to Davies, whose study was presented at the the British Neuroscience Association conference.

These studies may have implications for treating Parkinson’s disease and other neurodegenerative conditions, which are caused by the loss of certain types of brain cell. In further experiments on brain cells, encouraged to mimic Parkinson’s disease, Davies’s team found that ghrelin hormones protect the cells from dying.

Amanda Hornsby, a colleague of Davies, found that in a study of 28 volunteers, those with Parkinson’s dementia (cognitive impairment caused by Parkinson’s) have lower levels of ghrelin in their blood than people without the condition. According to Hornsby, this suggests that ghrelin, or other similar brain chemicals, could be used as a treatment for Parkinson’s dementia.

Our own personal ghrelin factory?

Hornsby’s suggestion that a ghrelin-based drug could be created to repair cognitive impairment is the logical conclusion of anyone involved with medical research – after all, research needs funding and big pharma has deep pockets.

But don’t all of us have a biochemical factory within our own body? The above research suggests that we may be able to create our own ghrelin by incorporating a regular fast into our routine or finding some other way to get back that genuine feeling of hunger. 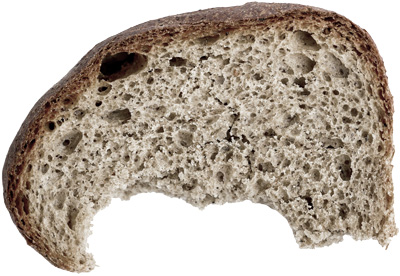 Could you eat a dried-up crust of bread?

My first training course to become a Maharishi AyurVeda therapist was in Holland in 1984 and each day we had deep insights into Ayurveda from a wonderful doctor called Vaidya Gokta.

One dictum that he repeated many times stood out: “Only eat when you feel hungry enough to eat a dried-up crust of bread”. I asked myself, “When was the last time I felt that depth of hunger – after a fast, or when I was a kid?”

Vaidya Gokta explained how the food we eat must pass through many stages of digestion, each controlled by a different Agni or digestive process. Each Agni extracts the nourishment needed for different Dhatus (body tissues). To complete all these Agni processes requires time – between 4 to 6 hours after a main meal, depending on one’s metabolism.

He said that the key to good health is to culture a strong Agni fire and that the genuine feeling of hunger is the sign of two things:

During our course, Vaidya Gokta kept empathising the importance of experiencing genuine hunger, yet I knew it had been quite some time since I last experienced this.

I’ve always had a good appetite, but that’s not the same as having real hunger for a meal. How can we get that feeling back on a regular basis? 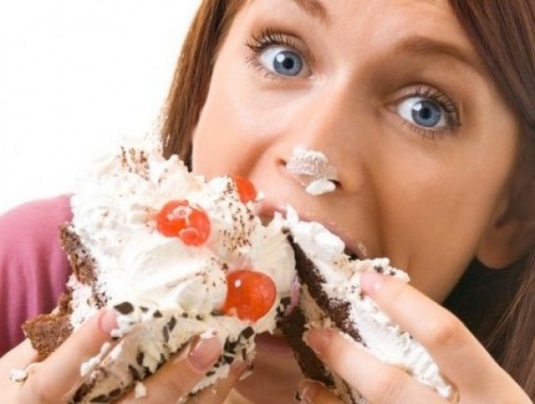 We can sometimes get triggered to eat by false signals: out of habit; because it’s lunchtime and everyone else is eating; to satisfy emotional hunger, such as lack of love; or to calm down stressful feelings. The accumulation of Ama (the by-product of poorly digested food) can also cause false hunger signals.

If we eat when our Agni fire is low and hunger is weak, only part of what we eat will be properly digested. The remaining partially digested food can end up hanging around for some time in the warm and wet environment of our body and become toxic. When this ‘sticky’ and clogging Ama substance accumulates in our system, it tends to block the channels that provide nourishment to, and facilitate the detoxification of, the cells and tissues. Our cells then send out signals to the brain that they lack nourishment and the desire to eat gets triggered.

The way back to real hunger

Over the years, I’ve found two things that unfailingly guarantee the removal of accumulated Ama and the restoration of real hunger – fasting and Panchakarma.

Fasting your way back to better health 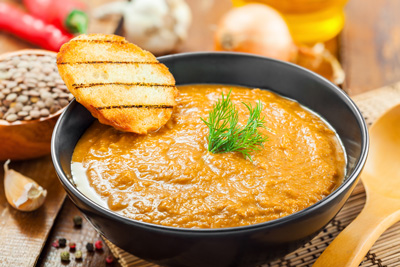 Before discovering Ayurveda, I experimented with fruit-only and liquid-only fasts. I did feel benefits from such fasts but, because I would often find it hard to retain mental focus during the process, I never felt impelled to make them part of a regular routine.

The advice I later received from various Ayurvedic practitioners was that short, regular fasts – say one day a week on just vegetable soup with a little toast – was more balanced and sustainable and, in the end, probably more beneficial than longer, more drastic fasts.

On my weekly fast days, I either skip breakfast altogether or have some stewed apple or pear. For lunch and supper, I cook vegetable soup together with a small portion of red lentils or yellow mung dhal, and add a few spices, such as ginger, cumin, coriander and turmeric. After it has cooked, I add some lemon or lime juice to the soup and accompany it with a piece of toast on which I smear a little ghee.

I feel hungry during these fasting days, but value that hunger as I know that my Agni has been given chance to get on with the other job it was designed for, besides digestion – to detox those cells and tissues and clear those body channels.

I now have an extra incentive to carry on with my weekly fasting regime – it may keep me mentally flexible, agile and youthful. 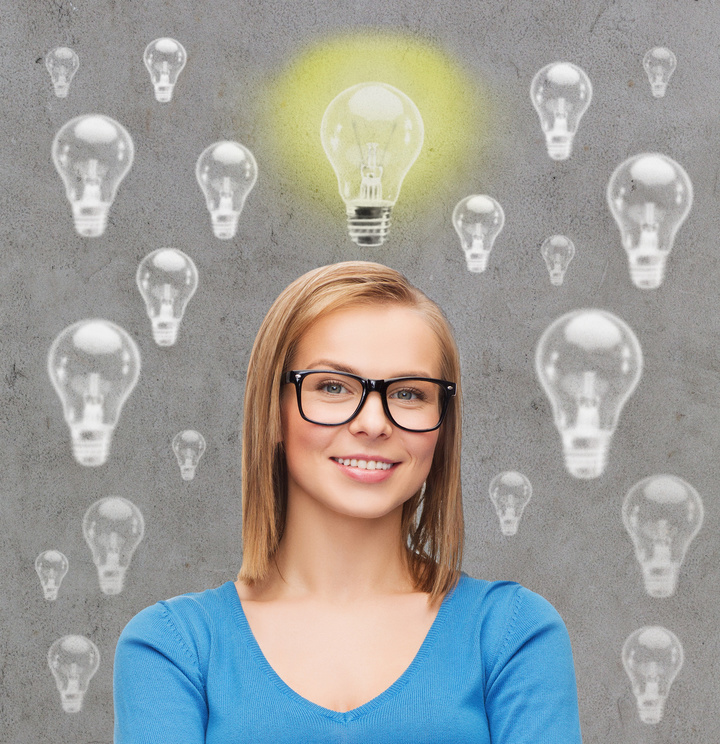 I love Panchakarma therapy and, like many others, I find its rejuvenates my mind as well as my body. Everyone I talk to who comes to our Skelmersdale clinic seems to have the same experience following Panchakarma – they report a sense of clarity, liveliness, creativity and peace of mind that lasts a long time after the treatment.

According to Ayurveda, how mentally sharp you are depends on the state of your body. Panchakarma is Ayurveda’s most effective and efficient method of cleansing deep-seated toxins, bringing physiological balance, and restoring Agni and that vital sense of hunger back to its topmost level.

The mental energy, creativity and drive one feels after Panchakarma is particularly linked to the restoration of Agni, as the proper digestion of food is central to our body’s energy production.

It seems likely that the renewed sense of hunger that most people experience after Panchakarma, and the potential resulting production of ghrelin hormones, has its role to play in the mental benefits people report after Panchakarma.

According to Ayurveda, strong digestion is the key to good mental as well as physical health. Over thousands of years Ayurveda has developed a number of excellent herbal remedies for cleansing the digestive tract and restoring good appetite.

Sometimes you come to a mealtime and the appetite is not quite there. Trikatu with clove consists of four pungent spices that stimulate the digestive process to encourage the final digestion of the previous meal. This helps fire up your digestive Agni back to peak condition and restore your hunger.

If you have eaten too much and feel over-stuffed, Trikatu with Clove can also give your Agni a helping hand after a meal.

Digest Plus regulates Agni to balance your appetite and support good digestion. It helps balance stomach acid, reduces gas and supports liver and pancreatic function. It also detoxes Ama from your body tissues. This preparation is especially suitable after a heavy meal.

Proper digestion and metabolism converts food into healthy tissues and cell processing energy, yet when digestion is sluggish, your body tends to create the toxic ground for disease that Ayurveda calls Ama.

Pomegranate seeds are included in the formula to help balance and stimulate the appetite and the process of digestion. To maximise their potency, the seeds are processed in a unique and specific way described in traditional Ayurvedic texts.

Triphala is one of the world’s most famous herbals and Ayurveda considers it the remedy of choice for purifying toxic Ama from your body. Triphala removes Ama slowly but in a balanced and effective way. It acts as a mild laxative, yet because it acts gently and rejuvenates the bowels, unlike most other laxatives it is safe to take long-term and regularly. Its steady cleansing action means that it does not compromise the balance of your body, yet gradually, over time, it helps remove even the most ingrained and persistent toxic Ama.

* It remains to be seen if the same results can be obtained in living animals, including humans.