Ayurveda and our desire for sweets

Ayurveda and our desire for sweets

Why do we often crave the sweet taste? What effect does sugar have on our body and on our Doshas? Why is fructose such a baddie? What are the most natural ways to satisfy our desire for sweet things? Dr Donn Brennan gives an Ayurvedic perspective on sugar and other sweet foods.

Peter Brown: There is a lot of sugar in the foods we eat. Can you give the Ayurveda perspective on this?

Dr Donn Brennan: It’s wonderful to introduce the holistic perspective of the six tastes because Ayurveda goes into great detail with each taste and its particular effects, and then emphasises the need to have all tastes – and specially to have all the tastes if possible – in every meal.

Why we all love the sweet taste

The sweet taste is a very broad taste and one which is accepted in Ayurveda to be taken in good proportion because it is very nourishing – which is why of course children love the sweet taste because they’re growing and need nourishing to support their growing tissues.

We’re designed to interact with nature and to recognise what’s good for us. Sweet taste is something that we all appreciate. But, it used to be that the sweet tastes were the natural tastes of the food – in other words, the grains or the vegetables, as well as the fruits that have a lot of sweetness about them – therefore we were drawn to them for our nourishment. 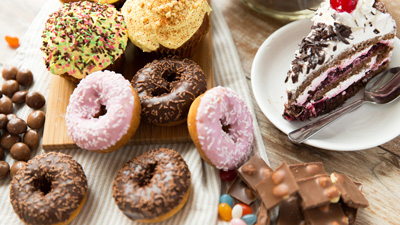 Our increasing greed for sweet things

It was unfortunate that we started to extract sweetness because of our greed. Greed is Kapha, and sweetness increases Kapha. The more out of balance you go the more you want what is wrong for you and then you’re into big Kapha problems of obesity, mucous, catarrh, coughs, colds and health problems.

This extracted sweetness is so intense it disturbs and throws the body off. Whereas people ate approximately 2 lbs of sugar in the year 1900, it’s more like an average of 160 lbs of sugar per year now. Now that is really disturbing the natural balance of our bodies and contributing to a lot of illness nowadays. This has unfortunately become far more accelerated since around the 1970s, when corn syrup was proposed onto the international scene as a very cheap, easily produced source of sugar.

Sugar contains glucose and fructose. Glucose is good for us in the sense that we need it for energy. But fructose is incredibly bad for us – you could say it’s a slow poison. The fructose is transformed in the liver again and again and the first thing it does is cut off your feeling of satiation – the hormone that tells you you’ve had enough to eat. This feeling is negated by fructose. We don’t know we’ve had enough to eat and we want more. 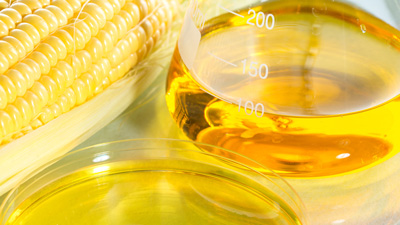 This is used very cynically by industry. Think of coca-colas which used to be in small cans. Now they come in giant containers. Fructose is deliberately there, as are a few other things to make you thirsty – like diuretics such as caffeine – to stimulate you and give you a sugar rush. Then you have a sugar collapse and eat more of the same.

It’s unfortunate the way we’re being manipulated by industry and it’s good to appreciate that fact so that you choose unprocessed foods. Corn syrup is now in almost every processed food. You see it – it’s just everywhere.

Not only are you not recognising you’ve had enough to eat, which is tending you towards obesity in the first place, but this fructose is subsequently transformed in the liver to produce chemicals that make you resistant to insulin. Your cells now cannot use your insulin so this tends you towards diabetes and high sugar levels.

So, there’s increasing incidences of obesity and diabetes – and if that weren’t enough, people worry about fats in their diet.

It’s not the fats so much as the sugar. The fructose is transformed into a low density lipo-protein (LDL), or bad fats. High density lipo-proteins (HDL) are fats that are good for us, like omega 3 and flax seed oil – they’re good because we need oils to power our enzymes and hormones and to create our tissues. But the bad fats are the low-density lipo-proteins, and there are two types.

There is one which is a big sloppy molecule that doesn’t do much harm (HDL), and there’s one tiny little molecule that can burrow under the lining of the blood vessel and start the process of creating plaque (LDL), and that can cause heart attacks and strokes. Fructose is transformed by the liver into this bad fat.

So this fructose is contributing to our heart disease and strokes.

A simple solution for our health system problems

If people were really responsible for their health and chose to eliminate fructose alone from their diet, the epidemic of obesity which is gathering momentum around the world would be halted in its tracks. Diabetes and heart attacks would diminish, leaving a lot more resources and health systems to cope with other illnesses. 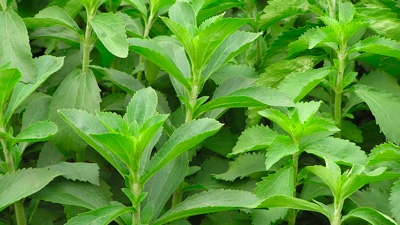 So sugars are something that we should really avoid. Have the sweetness of fruit. Use dates to sweeten, or raisins to sweeten and in so far as possible, clear that sugar from your diet.

There is a herbal which is now available from South America which is incredibly intensely sweet when you use a tiny amount, which can really satisfy your need for sweet, and that’s Stevia. I think that would be a good substitute. 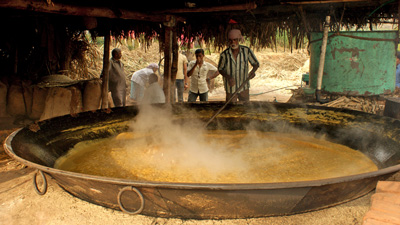 Peter: What about raw sugars like jaggery sugar or rapadura sugar, should we also be cautious about the amount we take of those?

Donn: I think yes, in moderation, you could use them. The advantage of the jaggery is that they had a traditional way of processing it – they dried it in the sun and it made it have an alkaline effect in the body, so that seems to be an advantage of jaggery. That’s why Ayurveda would have traditionally used it because of features like that. The idea would still be to keep it moderate.

Peter: What about honey?

Donn: Honey is different. I was quite interested to read that whereas you might expect honey to increase the sugars in your blood, on the glycaemic index, if honey has been heated, it does. It rapidly raises blood sugar levels which unfortunately cause a rapid rise in insulin levels which then drops your blood sugar and then you get cravings and feel fatigued. Whereas slowly rising blood sugar from foods like fruits and vegetables – the sugars there will be absorbed very slowly because the fibre in the diet makes the processes of digestion more gentle.

But, when it comes to honey, if the honey has not been heated then there is a very slow rise in blood sugar, so in Ayurveda there is a very strong recommendation that honey is never heated and should be taken like the bee keeper would take his. He would never heat his own honey because he knows it’s not good. He, however, may heat the one he’s selling you because he gets it out of the comb quicker. 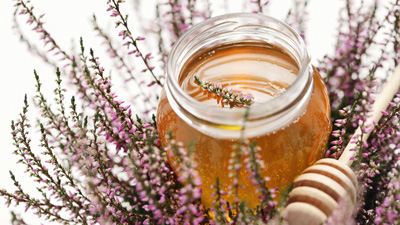 If ever you read “a blend of honeys from different countries” – that from an Ayurveda perspective would be better put in the bin because heating is necessary to blend them. Once you heat honey you destroy it, you destroy the enzymes, and Ayurveda says you create a bad toxin from heating honey.

So, honey is regarded as a good food if it’s never been heated, and is in fact a very medicinal food depending on what herbs or shrubs that the bees fed on. They would have put medicinal potency or the herb into the honey. So that’s another very interesting aspect which is worthy of research.