Ayur Vader: May the Force be with you

Ayur Vader: May the Force be with you

So, farewell then, Richard Le Parmentier, the American character actor who has died aged 66. 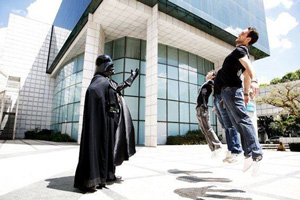 As Commander of the Death Star in the original 1977 Star Wars movie, Le Parmentier, as Admiral Motti, is unwise enough to mock Darth Vader’s “sorcerers ways” and “sad devotion to that ancient Jedi religion,” as an obituary in the Daily Telegraph recently reminded us. Cue the choking-at-a-distance from Vader via the all-pervading Force. The classic scene  ensured LeParmentier’s lifetime popularity at Star Wars conventions, and has inspired the current craze of ‘Vadering’ (copying the scene and then posting pictures on the web).

As it happens, there actually is a force – or rather, a field – which does indeed pervade everything, and is the source of every force and object in the cosmos. Ask the Higgs-Boson-chasing folks at CERN; they term it the “Unified Field.” Look in the Ayurvedic texts, and it’s got a different name. 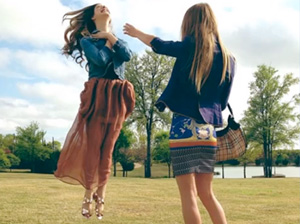 There it’s known as “Atman;” described as a field of pure consciousness, ever-present at the source of thought. In Ayurveda, the means to settle the attention beyond thought is called Transcendental Meditation (TM).

Now, it’s not every day that I find myself explaining the Force to Darth Vader.

But back in 1982, when I was planning to join a gym in Southwark run by actor Dave Prowse (aka the Dark Lord), the subject of Transcendental Meditation came up, as I was teaching the technique in London.

“So what exactly is pure consciousness?” asked Darth, intrigued.

“Well,” I replied, deviating from my usual explanation, “You know that bit where you’re on the Death Star, and you’re telling Admiral Motti about a force which pervades the  universe, etc etc?

“Well, it’s a bit like that. Do you mean to say,” I added, “that you guys didn’t discuss this sort of thing off-set?”

In fact, the cast was taken aback by all the strange names, and had no idea the movie would be a hit, never mind the world’s most successful film franchise.

“‘Obi-Wan Kenobi’ and the like,” the actor Kenny Baker (R2D2) told me some years later at the Leicester Space Centre. “We thought the names were ridiculous.”

Le Parmentier, however, “thought the film was going to be a success as soon as I read the script, despite the fact people were laughing at us as we shot the thing,” according to the Daily Telegraph. A friend of director George Lucas was quoted as adding that people thought it was laughable “because they couldn’t see the vision behind it. It was in pieces. It’s just that once you see the vision, then it all makes sense.”

Five Mahabhutas, three doshas, the unified samhita: Ayurvedic texts are full of names which sound strange to a Western ear.

But what has fascinated scientists is the mirror image Ayurvedic descriptions provide of the structure and function of the universe, and human physiology, as uncovered by quantum physics and modern medicine.

Say Sharma & Clark in the book Ayurvedic Healing, “The Vedic tradition locates 40 basic types of modes of vibration of the unified field; the first of the 40 is the totality; the other 39 are the structuring dynamics of that holistic value. These modes of vibration are expressed in the 40 branches of the Vedic literature, and have been shown to have extraordinarily detailed one-to-one correspondence with 40 aspects of human physiology and anatomy.”

The direct experience of the unified field is at the heart of Ayurveda because this field, pure consciousness, is the source of both mind and matter; an indispensible foundation for the knowledge (Veda) of life (Ayu).

In modern terminology, it’s like re-booting the brain’s computer.  And, far from being difficult, transcending thought is, when properly taught, the easiest thing in the world. For anyone. 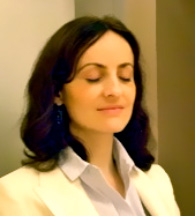 The simple technique to gain this experience – Transcendental Meditation – was lost many centuries ago, knowledge of it remaining in the hands of just one or two custodians in each generation.

In 1957, Maharishi Mahesh Yogi began teaching Transcendental Meditation in India, and later travelled around the world, establishing teaching centres in every country. Six million people have now learned the technique.

“Maharishi has given us the most powerful Ayurvedic technique of all,” I was told by one of India’s most respected Vaidyas (Ayurvedic doctors), Dr J.R. Raju. He went on to say, “If there are gaps, herbs and minerals can fill them; but in pure consciousness, there is no gap”.

Restoring the knowledge of transcending has had a major impact on Ayurveda. Regularly experiencing the whole is the fastest way to integrate all the parts; you can see which bit fits where. (If you doubt that, try assembling a jigsaw without referring to the picture on the box lid.)

From 1980, Maharishi gathered together leading Vaidyas from all branches of Ayurveda in India to enliven and re-connect all the disparate areas of knowledge and restore completeness to the system.This included making widely available long-dormant herbal formulas such as the King of rasayanas, Amrit Kalash, a masterly combination of herbs and fruits which nourishes all aspects of mind and body. This re-integrated Ayurveda is known as Maharishi Ayurveda.

Now, Star Wars may have been a bit short on Ayurvedic herbal formulas and purification treatments. But it certainly flagged up the source of Ayurveda, an unseen, all-pervading field.

Admiral Motti was persuaded to give the subject his full attention; and I suspect that if Luke Skywalker was to take up just one Ayurvedic strategy, it would be transcending.

Ayurveda’s most powerful technique is the fastest way to harness the full potential of the brain, and generate dynamic peace in the individual and the world.

And just to be clear, pure consciousness is a field of harmony, of coherence. There’s no Death Star. Nobody gets strangled. Enliven the field by experiencing it with TM, and you bring to the world “all good everywhere, and non-good nowhere,” to quote Maharishi.